THE FISHING CORRALS OF CHIPIONA

The fishing pens of Chipiona form an original historical, cultural and landscape ensemble that is an inheritance of an ancient rural fishing culture, presumably Roman or Arab.

They are enclosures surrounded by a rounded contour wall, made of porous stones of artisanal construction, distributed along our coastline. The stones are joined by a marine conglomeration, oysters (type of oyster), algae, rose hips (sea acorn) that act as natural cement.

A pen consists of a wall, raised with large sea stones at the base and on the sides and stuffed with rubble and gravel. The great proliferation of oysters, barnacles and rose hips that grow on the stones act as a “natural cement” that compacts and gives solidity to the whole. The corral communicates with the sea through the pipes, passages of about 50 cm in diameter located at the base of the wall. The number of pipes is variable, but is usually high (about 30 or 40 per pen) in order for the water to drain quickly in the empty tide.

At low tide, the water forms lagoons between the rocks and breakwaters. Each lagoon is known by fishermen with a name alluding to their situation or peculiar characteristics (La Barreta, Los Hoyos, El Rincón, del Centro …). The lagoons that form in the high zones, next to the beach are called earth lagoons. These lagoons, which are completely swept or empty at low tide, forming dryers, drain through narrow natural channels called chorreras or correntines. The lagoons with a sandy bottom, or sand and stones are called sandbones. In the deep part of the pen, the lagoons are subdivided into piélagos, by means of narrow walls called shortcuts that cut the passage to the fish. In the piélagos jarifes are placed, large flat stones held by three or four small stones, leaving an empty space that serves as shelter for the fish. Many rocks form flaps, wide natural projections parallel to the ground that leave a deep and narrow recess, used as a refuge for the species that are trapped at low tide. The highest, most protruding rocks in the pen are called heights.

Fishing pens are giant traps that work with the tide. Its effectiveness is considerably higher during live tides, because it is when more fish enters and when they empty (drain) almost completely at low tide, it is easier to collect the fishing. 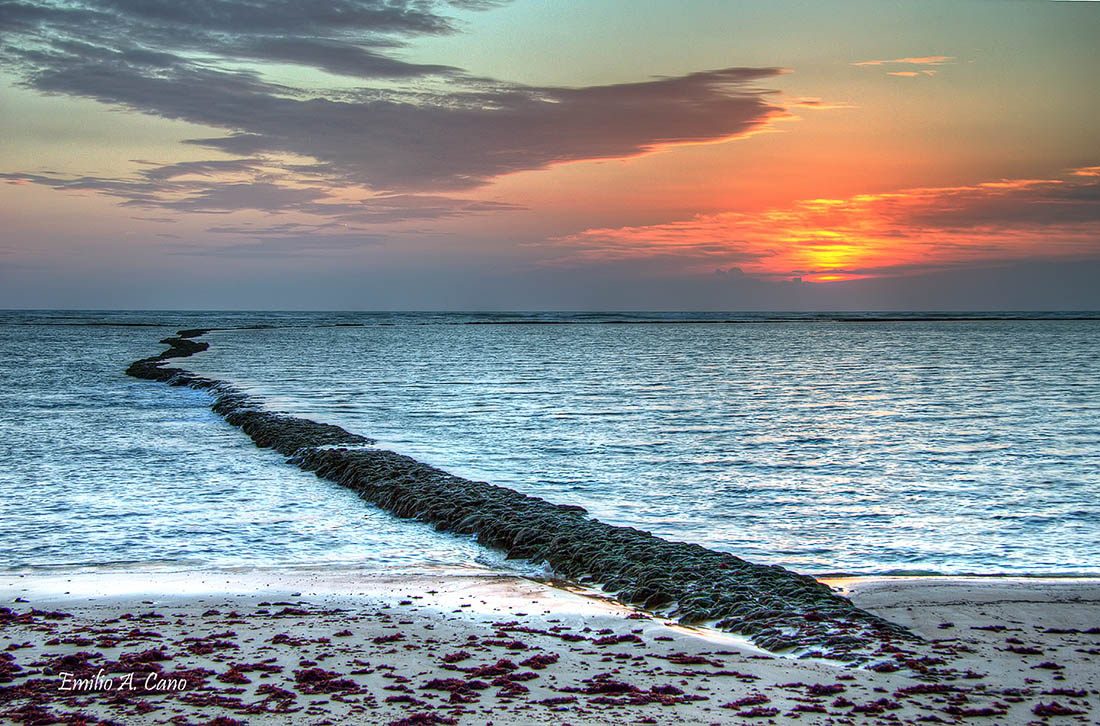 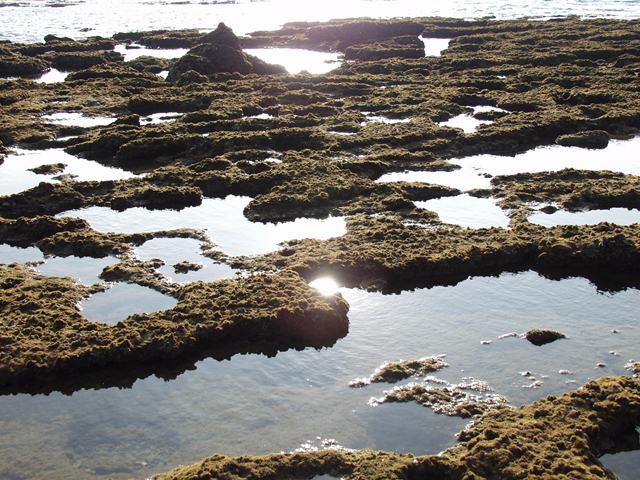 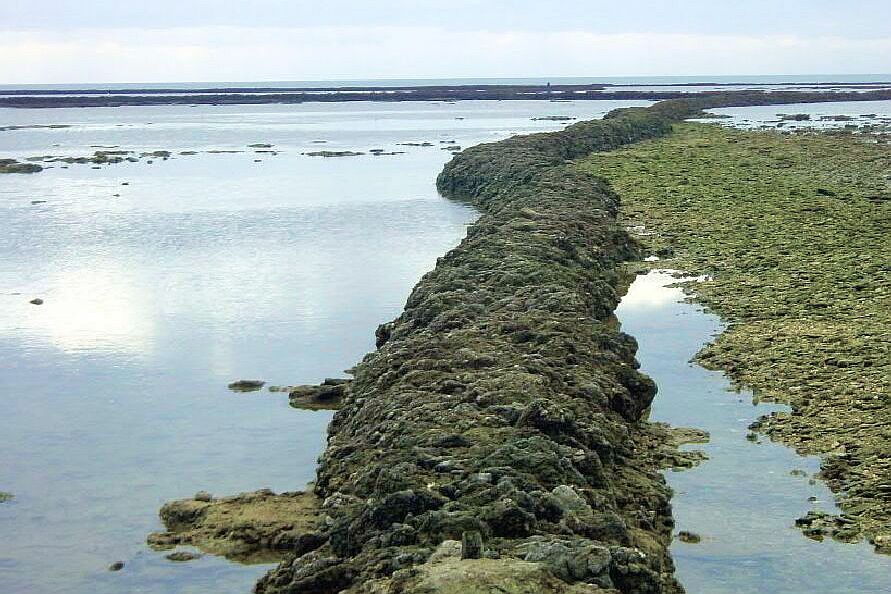 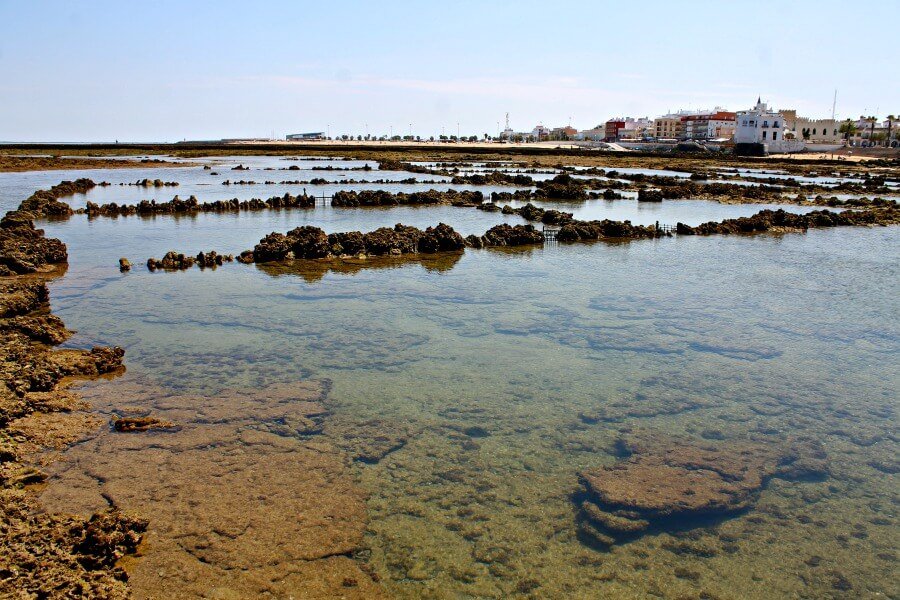 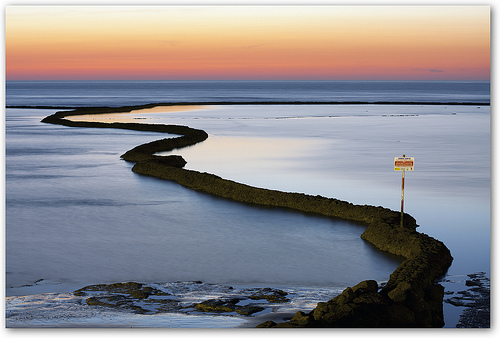 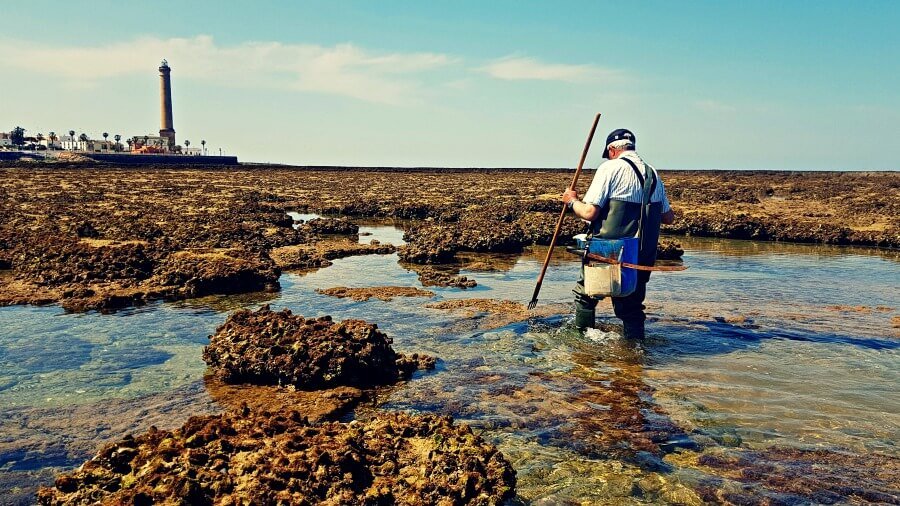